The New Jersey Newsroom website was formed by journalists and ex-journalists, primarily from the Newark (New Jersey) Star Ledger, with collective experience adding up to “over 1,000 years.” On their site those journalists wrote “our contributing writers, driven by passion and purpose, contribute as volunteers who believe in the cause…. NewJerseyNewsroom.com's goal is to provide high-quality news for New Jerseyans and not just about New Jerseyans. We will do our best to gather all the stories you want, regardless of the original sources.”
Impressive sounding, isn’t it?
Unfortunately, at least judging by a recent article on the scallop fishery off the East coast, the content on the site doesn’t come close to living up to its billing. With particular reference to the “contribute as volunteers” quote, an article posted on their website on September 27 is about as good a demonstration I’ve seen of the old adage “you get what you pay for.”
In Jaws for hire: Fewer sharks mean fewer scallops at the Jersey Shore, Robert Kinkead came to some startling conclusions and yet another undeserved and inaccurate indictment of commercial fishing based on 1) a graphical depiction of a marine foodweb from an article referenced in the current edition of Scientific American, Ecosystems on the brink, and 2) his wife not being able to order scallops at Poor Henry’s restaurant (in Montvale, NJ) because, as related by the server, they didn’t have any that day.
From this beginning he crafted an article in just under 800 words that laid out a plausible sounding argument for the fact that an increase in the price and a decrease in the supply of scallops, as so convincingly demonstrated by his wife’s failure to have her first choice entrée at Poor Henry’s, was due to the unregulated slaughter of oceanic sharks.
Citing the Star Ledger He writes “it’s a near-innocuous business story.  Good news about fishing off Cape May, wherein that port has been named the second most prosperous on the East Coast because rising scallop prices have offset diminishing catches of shellfish.”
But, he continues “increased revenues are due to the growing scarcity of scallops, in turn attributable to a complex change in the predatory food chain off the coast of New Jersey.” The argument is so plausible, in fact, that as of this writing it has accumulated 153 Facebook “likes.”
Starting out with Scientific American, the foodweb that impressed Mr. Kinkead was derived from research reported in 2007 and 2009 that purportedly showed that a decline in scallop stocks was attributable to a decline in large sharks due to overfishing. (What else would we expect from Scientific American?)
When this research was first published in 2007, there were a few problems with it (see my 2007 National Fisherman  column Of sharks and scallops and questionable science at http://www.fishnet-usa.com/natfish_sharks_rays.htm ). Regardless of the validity of the conclusions reached by the team of researchers, however, the research very clearly dealt with East coast bay scallops, Argopecten irradians. These are small scallops that, as their name clearly indicates, live in estuaries.
Getting back to Poor Henry’s and poor Mrs. Kinkead, who had to settle for her second choice for dinner, a visit to the restaurant’s website shows that the scallops served there are “Bedford scallops.”
As Mr. Kinkhead accurately relates in his article, the value of landings by commercial fishermen in New Bedford, Massachusetts has led all other commercial fishing ports in the U.S. for quite a few years, and the reason for this is because of the concentration of scallop vessels there. Hence, I assume, Poor Henry’s geographically focused menu items.
Mr. Kinkead informs us that “according to Wikipedia, by far the largest wild scallop fishery in the world is the Atlantic sea scallop (Placopecten magellanicus) found off the northeastern United States and eastern Canada.”
The scallops landed in New Bedford, Cape May, Barnegat Light and other fishing ports on the East coast the scallops that make up the most valuable fishery in the U.S. are those very same sea scallops.
Not surprisingly, sea scallops spend all of their time – from egg to adult – in the ocean.
Then he writes “according to the (National) Marine Fisheries Service, this wonderful resource is in sad decline.”
Just how much of a decline is the sea scallop fishery experiencing? The below chart, taken from the National Marine Fisheries Service commercial landings online database, shows that landings have been remarkably stable for the last decade. Reductions in allowable landings are currently being considered for fishing years 2013 and 2014, but the fishery is not overfished and overfishing is not occurring.
In fact, the most recent surveys (see New Survey of Ocean Floor Finds Juvenile Scallops are Abundant in Mid-Atlantic at http://www.nefsc.noaa.gov/press_release/2012/SciSpot/SS1208/) have shown that sea scallop recruitment this year was at or near the maximum recorded off the Mid-Atlantic States.
The northeast sea scallop population, at least in terms of large, marketable scallops, appears to be lower that it has been, but measures will be put in place to protect the recruits in the mid-Atlantic, the opening of scallop-rich areas off New England that have been closed to scalloping is being considered, and any reduction in scallop landings will be of a temporary nature.

While Mr. Kinkead did manage to get the part about rising scallop prices right, they are higher than they have been because, most knowledgeable people agree, of the rapidly developing middle class in China and the corresponding worldwide increase in the demand for high quality seafood. They prices have been elevated for the last several years, and as the above chart shows, there has been no decline in the harvest up until 2011. This is a definite contradiction of his “increased (scallop) revenues are due to the growing scarcity of scallops.”

Other than as a prime example of inadequate research and even more inadequate fact checking, what’s the big deal about this article, and the dozens of others of similar slant that get “published” on the web each year? Do a Google search on “sharks scallops” and on the first page of results is a link to this article. It’s on the first page for “scallops New Jersey” as well. Search on “Poor Henry’s scallops” and it’s the second listed link.

How far and wide will the misinformation in this article spread, and for how many years?

To give you an idea, there is an article on summer flounder (aka fluke) that I posted on the New Jersey Fishing website (http://www.fishingnj.org) in 1999. I haven’t done a thing with the page in the intervening 13 years. That page was visited 1586 times in June of this year. The search strings that got these visitors there was some variation of “fluke fish fishing.” Assuming that the number of visitors has increased steadily over 13 years, the average per month would be around 700 people. In the years that page has been up on the order of 120,000 people have visited it – a page on a website that has not been promoted for over a decade. That’s the curse, of the internet. Once it’s posted it’s there forever, regardless of how close to reality it actually is.

Needless to say, as soon as I read Mr. Kinkead’s article I posted a comment on the web page and sent a message to him via the “contact us” page. In my message to him I invited him to call me. He hasn’t, and the article is still on the New Jersey Newsroom website as it was written, blemishes and all.

I’ll let you know if that changes. But in the meantime, it’s incumbent on everyone in or connected to the commercial and recreational fishing industries to let the publishers, editors, producers, webmasters, writers, bloggers, journalists, etc. know when anything is broadcast, printed or posted that unfairly and inaccurately faults fishing. Fishermen have been the victims of this undeserved assault for over a decade, and it’s well past time that we started to collectively do something about it. 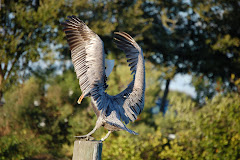